Healing and peace to survivors of Taal Eruption 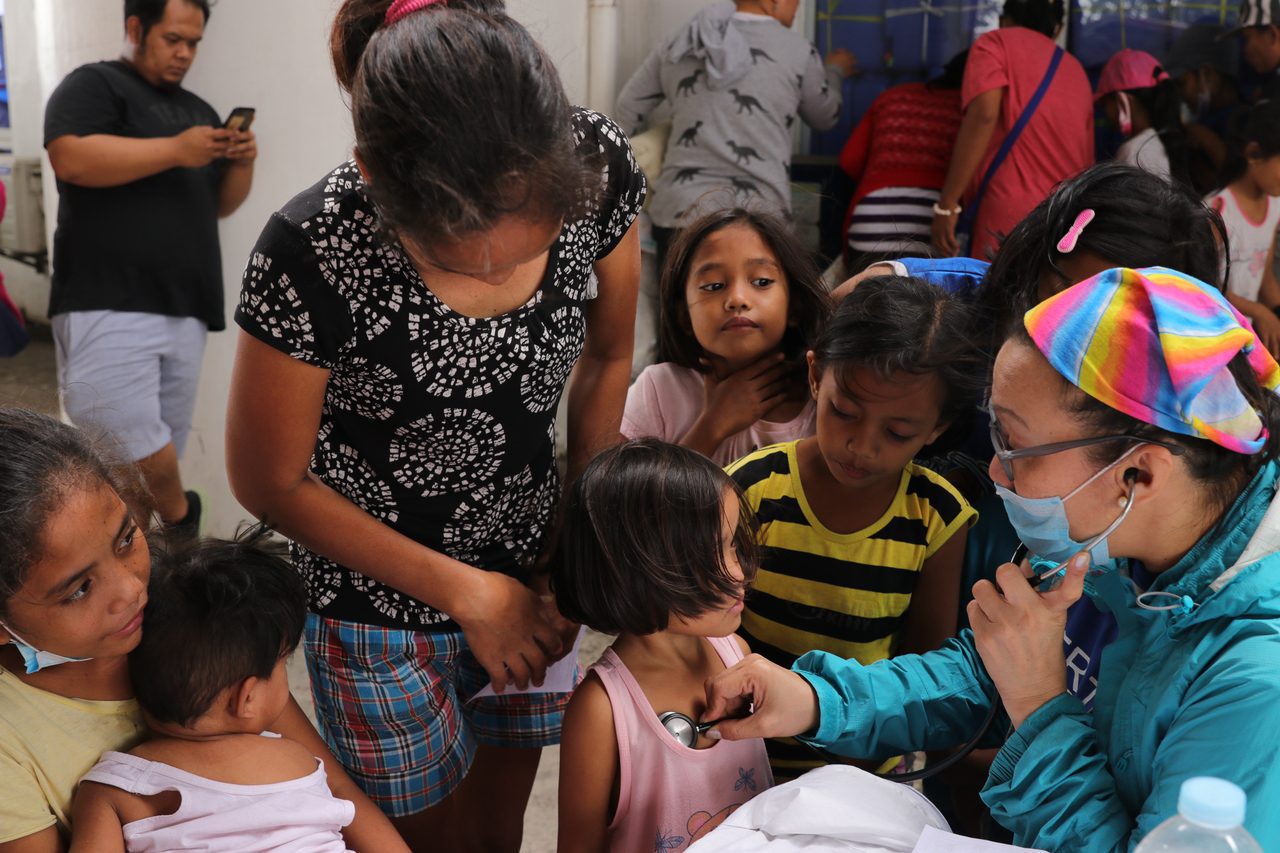 When the houses get buried in thick layers of ash and mud, residents’ initial response is to worry. Ginalyn Lacay and her 6 children never thought that they would face danger right at their own home. They live in San Nicolas, Batangas, just a few kilometers away from the Taal Volcano itself. The majestic view of the volcano and Taal Lake can be seen from outside their house. Panic and fear crept into their hearts the moment the volcano spewed ashes followed by a series of earthquakes. 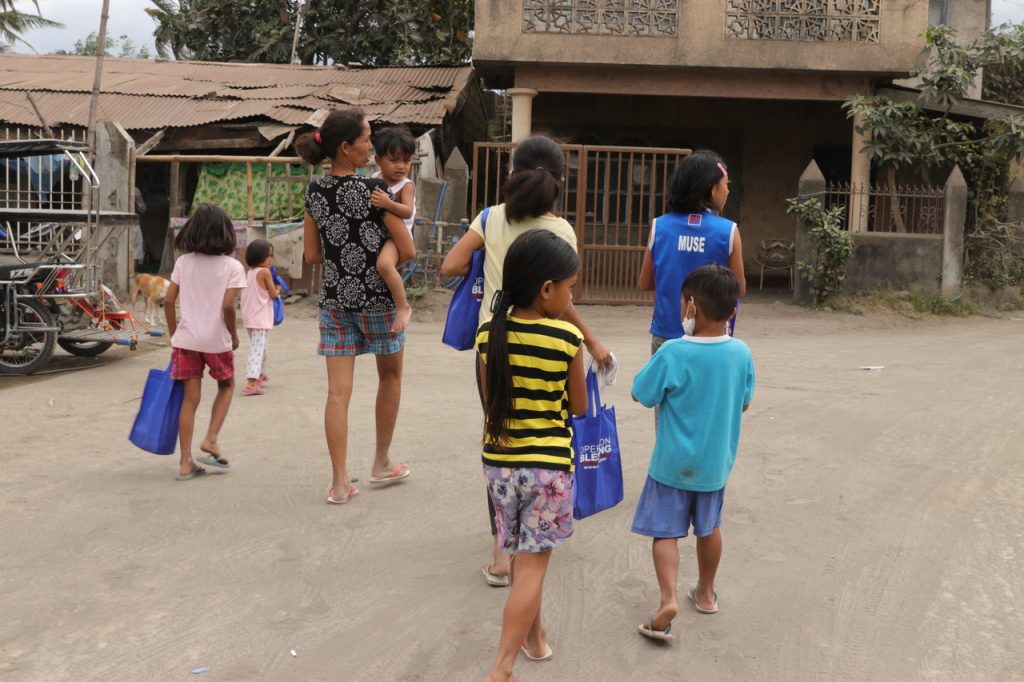 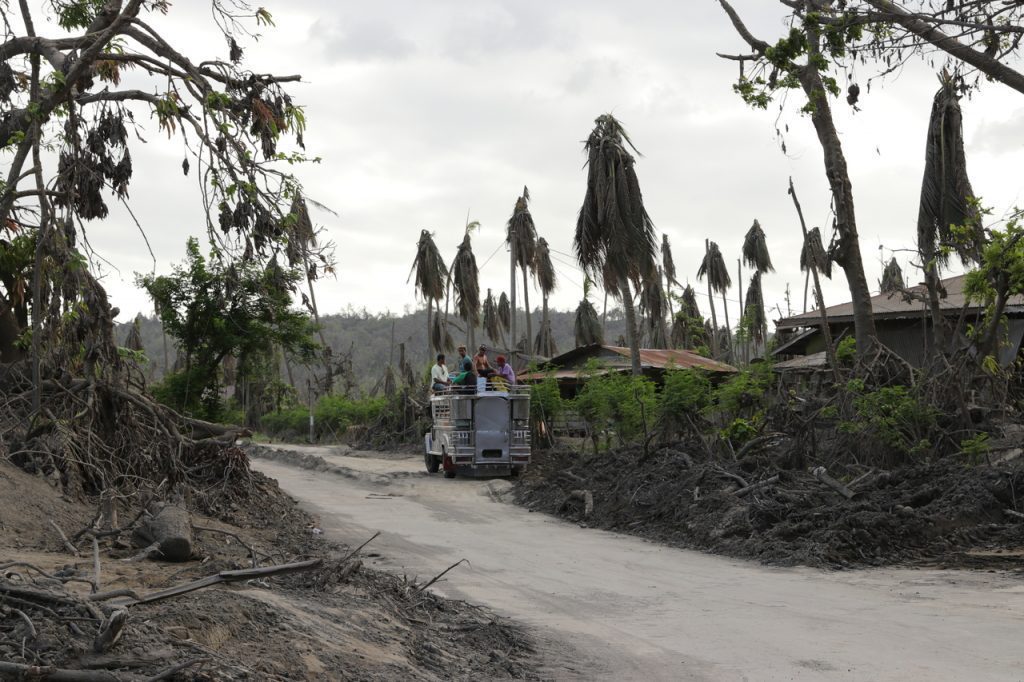 Ginalyn was left alone to care for the kids on her own while her husband was in Mindanao to attend a relative’s wake. “When we noticed the ash coming out from the volcano, we were so nervous. That time, my only thought was to save all my children. When I saw my neighbors evacuating, I asked them if they could take me and my children,” the 35-year-old mother said. 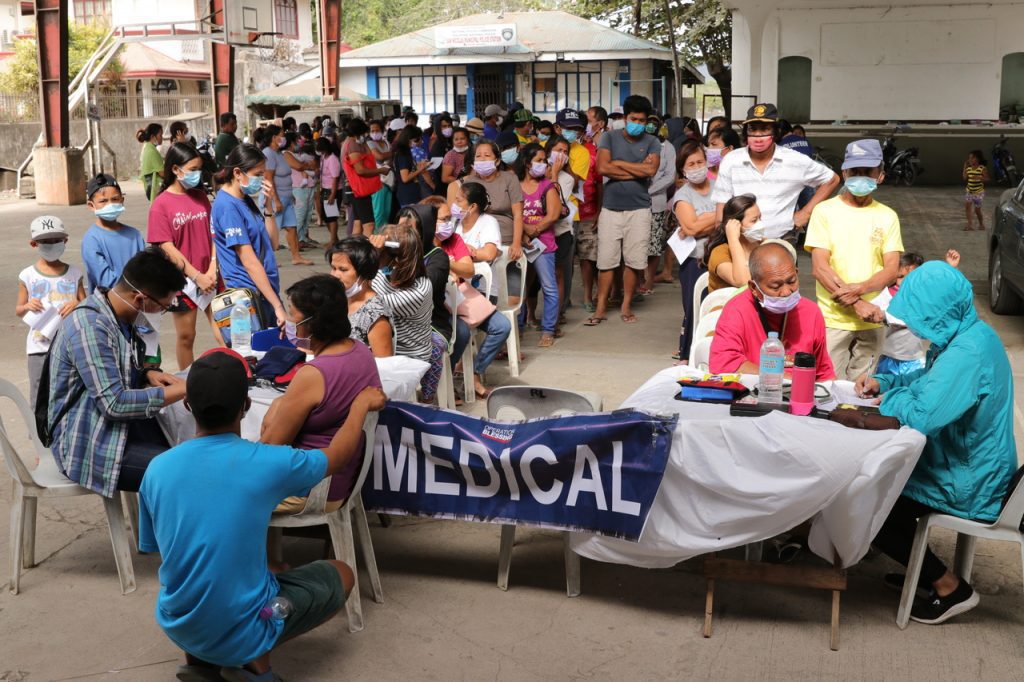 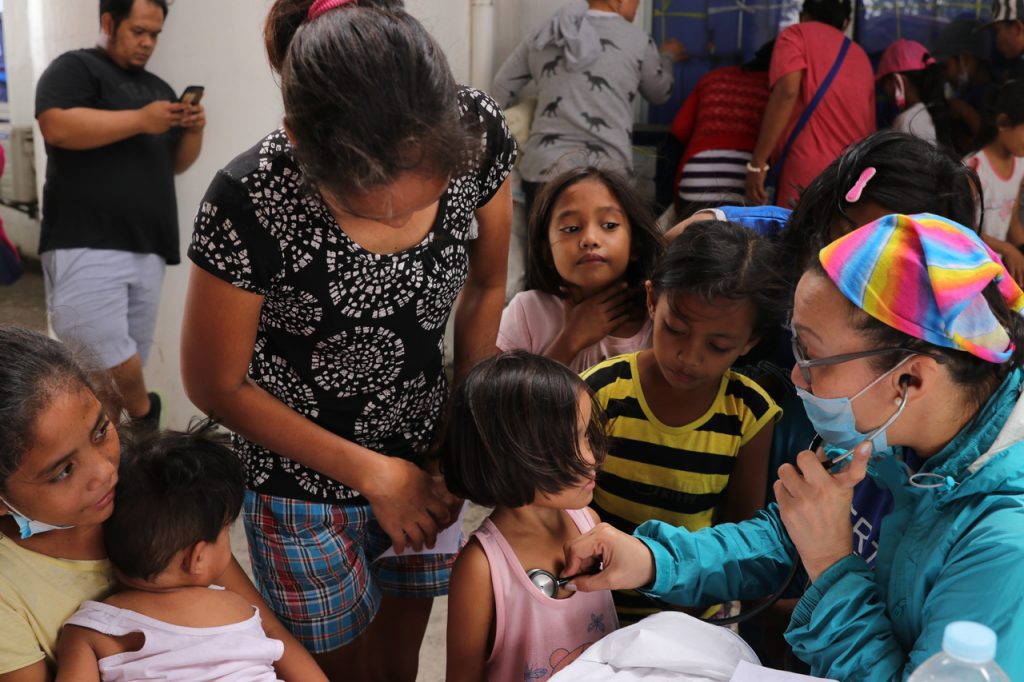 They were only able to bring their important documents and some clothes, then immediately fled to a safe zone in San Luis, Batangas. The house, which they shared with 13 other evacuees, served as their temporary shelter for 2 weeks as the local government placed their town under complete lockdown.

Leah Jane, one of Ginalyn’s daughters, said that she would not forget the chaotic moment she and her little siblings had to endure, “I saw the huge smoke, the lightning, and I felt terrified because of the earthquakes were really strong.” Being displaced for weeks and exposed to ash and freezing weather caused coughs and cold for Leah Jane and her 3 other siblings.

And as soon as the lockdown was lifted, they came back to San Nicolas to see if there’s anything left of their belongings. It broke their hearts to see that their totally damaged house sank to the ground, fully covered in ash. Almost everything was wiped out, even their basic household and health care items.

When they heard about Operation Blessing’s medical mission at San Nicolas Municipal Gym, they took the opportunity to see a doctor and received relief packs.  They were grateful for the free medicines and hygiene kits.

During the mission, Ginalyn’s kids received free checkup for the first time since the volcano’s unrest. They also took home medicines and hygiene kits. Along with more than 200 other families in San Nicolas and Agoncillo, they also received a pail, dipper, kitchenware, and food items given during the house-to-house visits.

Together with our church partners, Operation Blessing conducted counseling, hoping to bring healing and peace not just for the body, but also, for the restless and worried souls. 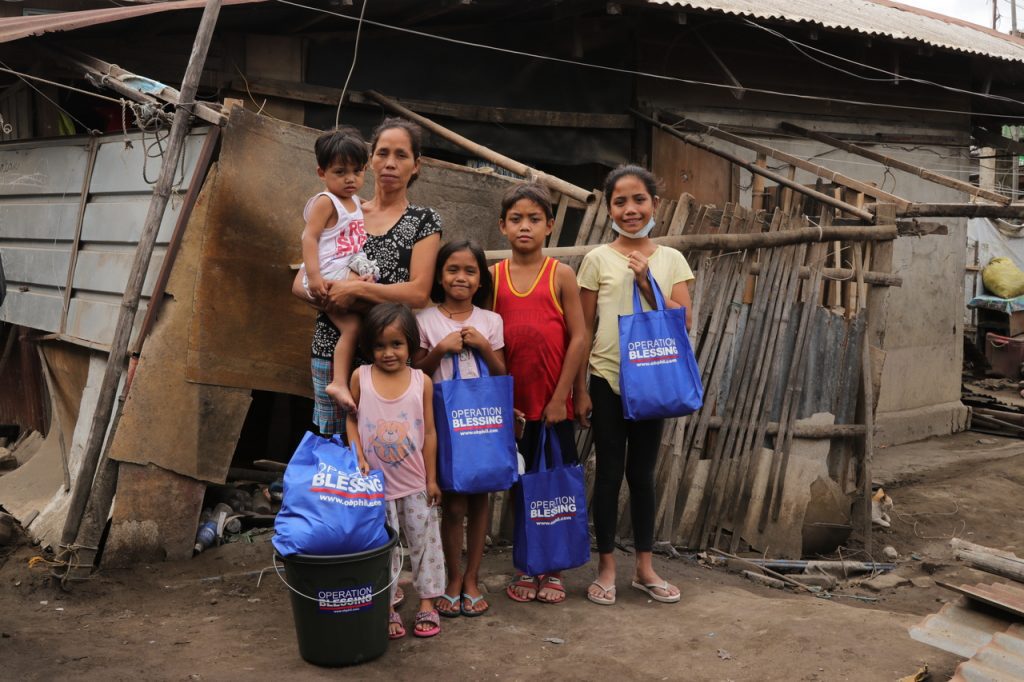 Ginalyn’s family now rents a small house in a safer place, yet she still sees the help they received as a huge blessing. She expressed her appreciation to those who continue to support the survivors of Taal Volcano eruption, “When you prayed for us, I felt relieved. We’re very thankful for all your help. All these things mean a lot to us!” 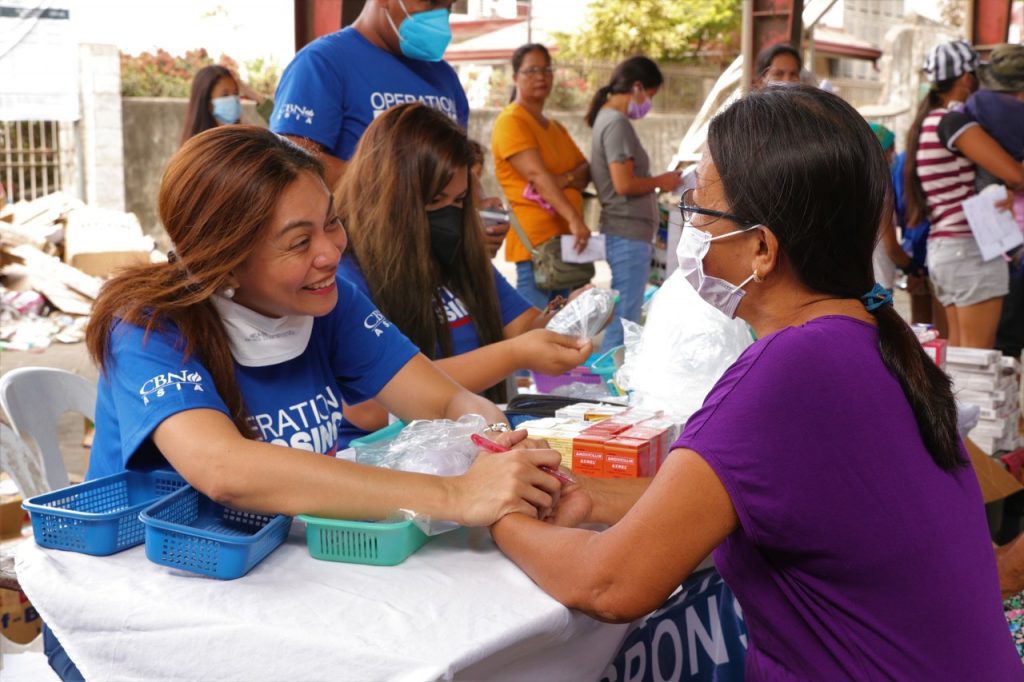 “There were people in Agoncillo who received pails and relief goods from us. I saw hope in their eyes, in spite of everything they went through. No matter how hard life is for them, I could not feel bitterness. I could just sense how grateful they were and they’re genuine about it,” Jewel expressed.

She also encouraged everyone to continue giving as many other families still need help, “I really broke down into tears, thanking God for the experience. I now have all the inspiration and courage to tell my friends to help Operation Blessing. There is so much more to do in rehabilitating Taal victims and communities.” 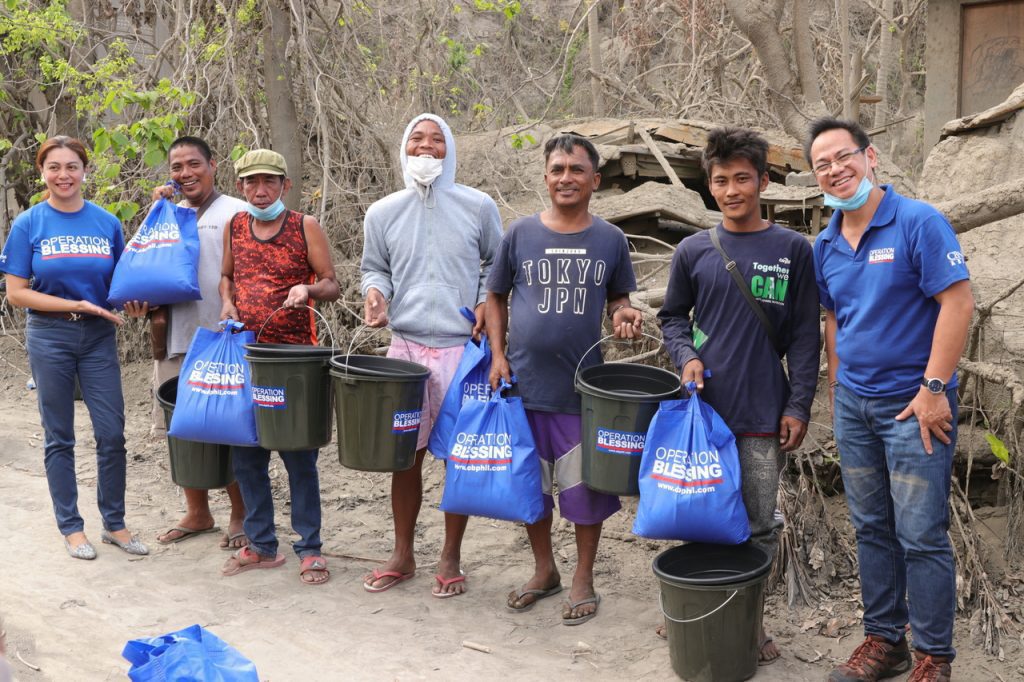