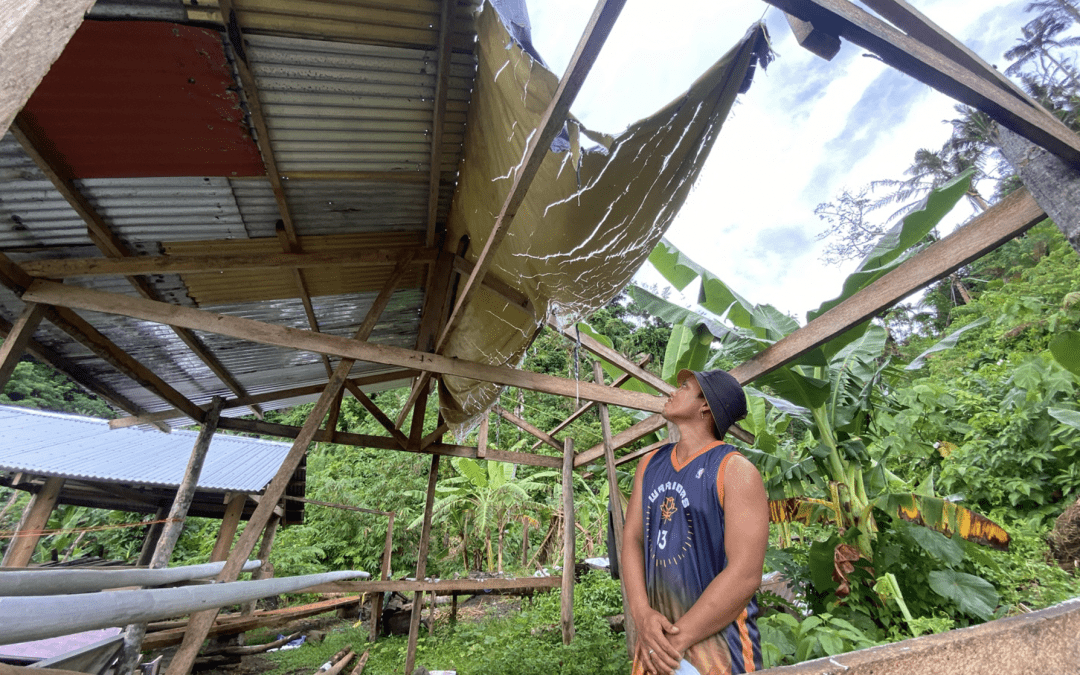 Limasawa Island was one of the most severely affected areas by Super Typhoon Odette (Rai), with 90% of the islanders’ homes destroyed.

“The typhoon was intense; we thought it wasn’t that strong at first, so we didn’t evacuate. But, the strong wind made us nervous so we decided to leave our house that late afternoon,” Marlou Dilubatan said, recalling how he evacuated his wife and 2-year-old baby to his grandmother’s place, knowing their house is made only of light materials.

Since last year, they had never been back to their own house yet, as it was severely destroyed by Odette.

Marlou works as a construction worker in Limasawa, earning about ₱400 ($7) per day, while his wife sells hamburgers to help save for the house’s reconstruction.

They had been trying to rebuild their house since last year, buying materials and building it piece by piece. But nearly a year after Odette, Marlou only managed to rebuild the foundation of their house with coco lumber, roof scraps from his grandmother, and a tent. Saving for materials was difficult for them, so their house reconstruction was slow. It was even more disheartening when strong winds and rains brought by Severe Tropical Storm Paeng ripped out what he had begun to rebuild in October.

In spite of the struggles he had faced, Marlou saw a ray of hope when he learned that Operation Blessing (OB) is distributing house repair materials for typhoon-hit families like them in their island.

“This will greatly assist us; this is enough to finally rebuild our house,” Marlou says, holding the GI sheets, plywood, coco lumbers, and nails he received from OB.

Partner with us in our recovery efforts for calamity-hit communities. Give today at www.operationblessing.ph. For inquiries contact 09399215543 or 09189067753. 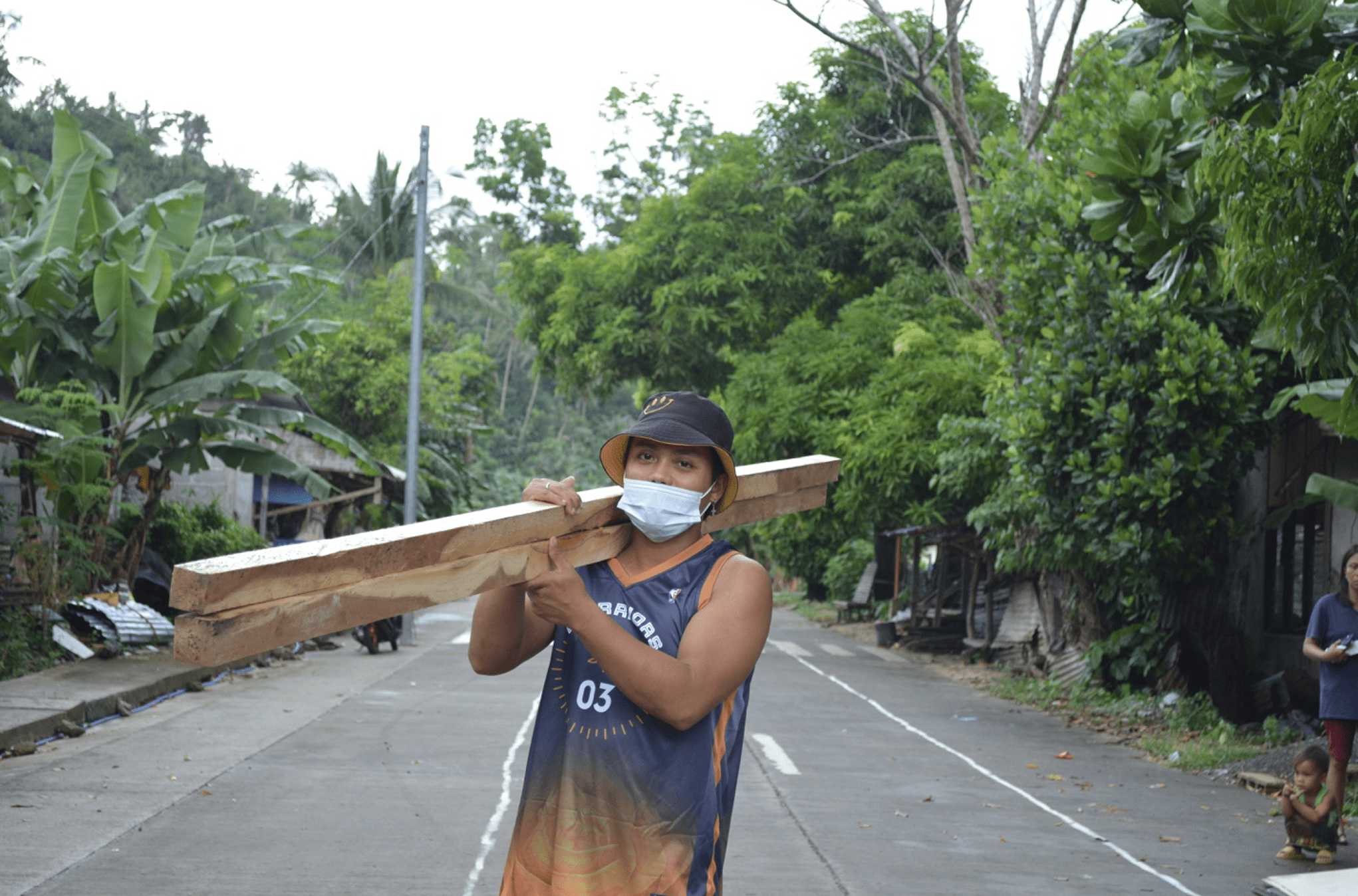